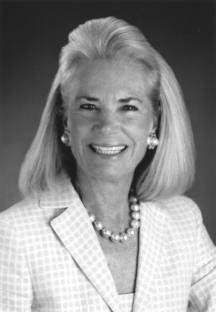 This event has been canceled due to health concerns.

George H. and Barbara Bush hold the record for the longest married presidential couple and also the second couple to be parents of a U.S. president.

Rinella brings the story of the presidential Bush couple to life in this dramatization based on books written by the Bush’s grandchildren: “George and Barbara Bush, A Great American Love Story” by Ellie LeBlond Sosa and Kelly Anne Chase and “Sisters First, Stories from Our Wild and Wonderful Life” by Jenna Bush Hager and Barbara Pierce Bush.

Admiration and true love are presented in these books by their granddaughters who learned powerful life lessons from their astounding grandmother they called “The Enforcer” and “Gampy” who was the “brightest of a thousand points of light.”

Rinella first dramatized the book “Barbara Bush: A Memoir” in 1994 and was thanked personally by Barbara, the author. So Rinella couldn’t resist the opportunity to create this program to give special tribute to the Bushes, true American heroes, while bringing literature to life.

Rinella has a unique business giving one woman shows dramatizing current literature. She calls her witty, first person renditions “academic entertainment.”  Previously she was a teacher, editor and researcher.

Farm Bureau members are welcome to attend this entertaining program in the Farm Bureau Theater. Prior to the program, the monthly Prime Timers lunch will be held at 12-Noon in the auditorium. Lunch fee is $7, payable by March 31 at the Farm Bureau office.