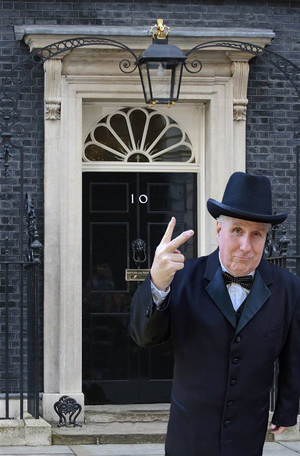 This event has been canceled.

This year commemorates the 75th Anniversary of the end of World War II. So it’s rather fitting to learn more about the war with a guest appearance by Winston Churchill, portrayed by Terry Lynch, on Monday, Aug. 3 at Farm Bureau.

The British Bulldog, Winston Churchill, was one of the most influential people of the 20th Century. He saw England through some of the darkest days of World War II.

Hear the story of the life and career of British’s Prime Minister at the Prime Timers program and luncheon. Terry Lynch returns for another remarkable historic portrayal.

Lunch begins at 12-noon in the Farm Bureau Auditorium, followed by the program at 1 p.m. in the theater.

To register contact the Farm Bureau office and pay the $7 lunch fee by July 28.