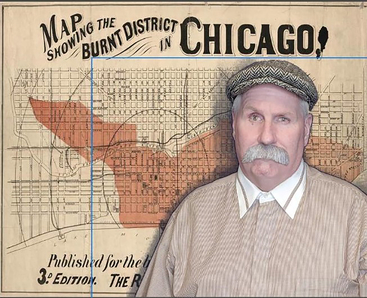 In October of 1871, the City of Chicago burned for two days, destroying thousands of buildings, and killing an estimated 300 people.

Commemorating the 150th Anniversary of the blaze, Terry Lynch, as Patrick O’Leary, will discuss the theories surrounding the start of the fire, as well as the aftermath with Farm Bureau members.
Lynch will offer this historical portrayal for Farm Bureau Prime Timers on Monday, Oct. 4 at 1 p.m. in the Farm Bureau Theater.

He will describe the aftermath of the blaze, and how the reconstruction of the city quickly led to an era of unsurpassed economic development and population growth.

Prior to the program, lunch is available for Prime Timer members at noon. Lunch fee is $7, payable in advance at the Farm Bureau office by Sept. 28.